KidsOutAndAbout Reviews Blackfriars' A Chorus Line | Kids Out and About Dallas 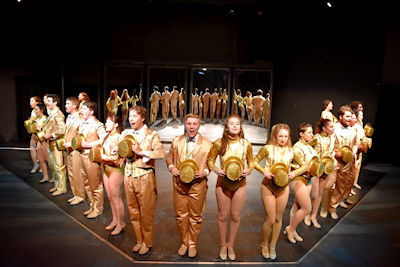 Have you ever wanted something so badly, it hurt? For the dancers in A Chorus Line, they are each willing to do whatever it takes to achieve the same, long-coveted dream: Becoming a star. Set in New York City in 1975, a diverse group of dancers are auditioning for a part in a Broadway chorus line. However, this process is not an easy one. The director unrelentingly drills them about their life stories and asks them the tough questions no else dares inquire. Each character’s story is moving yet humorous, telling the audience of the trials and tribulations that got them to this moment. Many of the stories take the form of musical numbers, which share the sorrow, passion, and determination embodied by the dancers. This production explores the ups and downs of not only life as a dancer, but life as a person. Its ability to resonate with people of all backgrounds makes it a show for anyone who loves dancing, singing, and laughter.

These poignant accounts of these dancers’ lives are in fact based on a true story. A man by the name of Michael Bennet rounded up a group of both Broadway and off-Broadway dancers in 1974. He wanted their help in creating a musical that would reveal the unadulterated stories of their lives. Impassioned by the idea (and a bit of wine), the dancers unveiled their pasts, filled with accounts of self-esteem issues, parents’ divorces, and hiding their own homosexuality. The show was an instant success, going on to win nine Tony Awards, among many others. 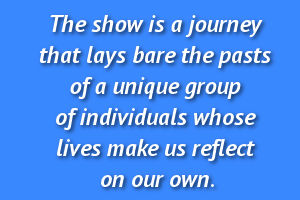 Blackfriars' A Chorus Line is a powerful and raw performance. The young actors prove to be powerhouses of passion, maturity, and talent. Melanie McBride (Sheila) embraces her character’s confident nature and sashays her way to success. Avery Carlson (Val) delivers a sensational performance as an enthusiastic dancer whose looks have finally caught up with her dancing. Ian Yates (Al) slips into his role with ease, bringing out a sense of humor that makes the show shine even brighter. Demetrio Alomar (Paul) captures the hearts of the audience, presenting his scenes with enormous soul and spirit. The entire cast captivates the audience members with skill well beyond their years. 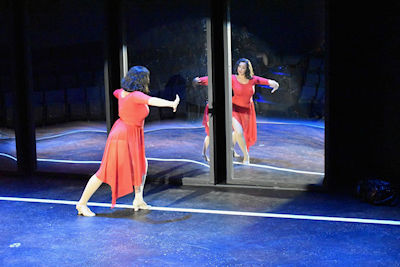 Throughout the show, the audience is guided along a story that has no singular focus, but multiple, which makes it all the more entertaining. The show is a journey that lays bare the pasts of a unique group of individuals whose lives make us reflect on our own. The authenticity of the characters is a refreshing representation of life in the real world. The amalgamation of the stellar choreography, music, and acting is what makes this production truly soar.

The show runs for a little over two hours, with a fifteen-minute intermission. With some colorful language and discussion of sensitive topics, it is recommended for mature 14-year-olds and up. It runs at Blackfriars Theatre through July 15, 2018.

Top: The Company of A CHORUS LINE

Bottom: Ariana Rivera as Cassie in A CHORUS LINE

Danielle Llewellyn is a Sophomore at Syracuse University studying Psychology and Sociology.